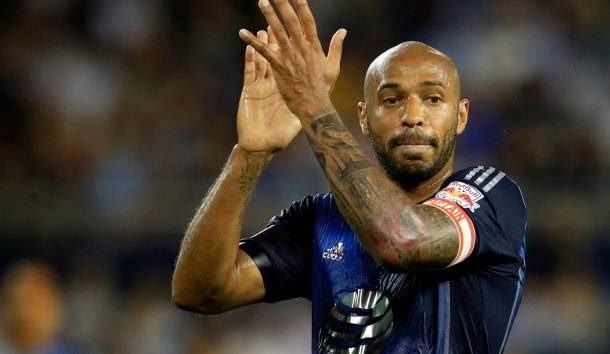 Legendary French footballer Thierry Henry sent a message of support to Bosnia&Herzegovina and Serbia, which is struggling with the biggest floods in the last hundred years

Bosnia&Herzegovina and Serbia are destroyed after a flood in the past three days. So many athletes around the world sympathize with the victims and sent words of support. 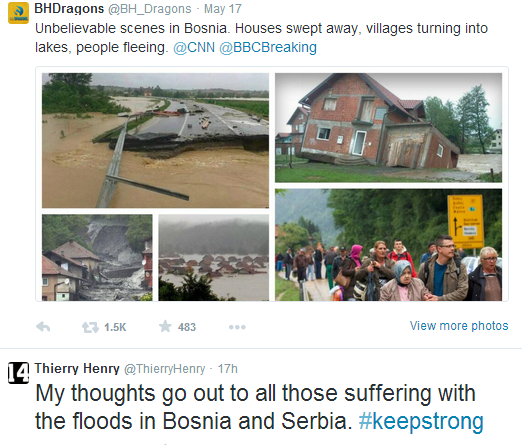 "My thoughts are with those suffering with floods in Bosnia and Serbia," wrote the legendary French striker Thierry Henry on his Twitter profile.

Besides Henry, Benfica football players Lazar Marković and Ljubomir Fejsa after winning the Cup of Portugal supported the fellow in a flooded Bosnia and Serbia.

Markovic is on profiles on social networks hung a picture with teammate Ljubomir Fejsa and so said that Serbian internationals from Benfica with people who are affected in these difficult times.

A few years ago these areas have survived the war, but now they survive the disaster.

It is well known that many celebrities help, if you want to help, this can be done via this link.
at 7:11 AM
Email ThisBlogThis!Share to TwitterShare to FacebookShare to Pinterest
Labels: Benfica Lisboa, Charity, donation, enko football, Thierry Henry