Kagawa and Honda led the Japanese at Mundial

Kagawa and Honda led the Japanese at Mundial 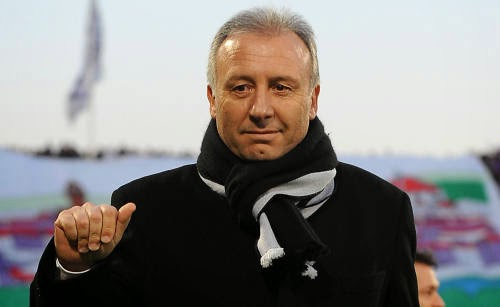 Italian expert on the list included all of Japan's largest stars who are expected pass in the second round of on Mundial.

The Japanese in Brazil placed in group C with Colombia, Greece and Ivory Coast, and the tournament opens on June 14 against the Ivory Coast.

"We respect our opponents, but are not afraid of anybody. If you come into the game with fear, then you are in big trouble. On championship go fully prepared with the desire to show all the quality that we offer," said 61-year-old Zaccheroni.

Zaccheroni is on the list included the captain Makoto Hasebe, and right-back Atsuto Uchida, who had an unfortunate injury, but Zaccheroni hopes that by the beginning of Mundial be fully prepared.

The Japanese in Brazil, most expect from their biggest star Shinji Kagawa from Manchester United and Keisuke Honda from Milan, who are responsible for the creation of Japanese games.

Composition of Japan for the World Cup: