Chiellini three-match suspension for hitting Pjanic - will he miss the World Cup?

Chiellini three-match suspension for hitting Pjanic - will he miss the World Cup? 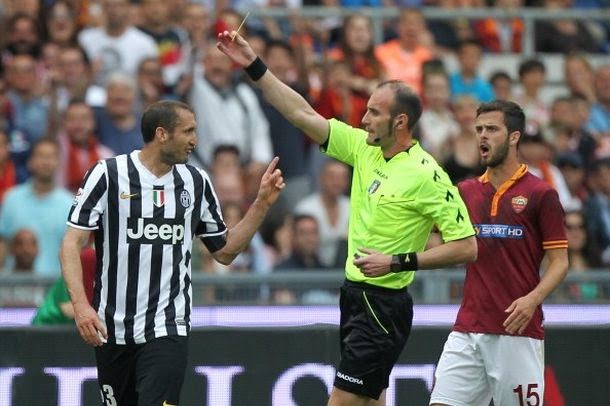 After video reviews by the Guidice Sportivo, Chiellini was clearly seen to elbow the Bosnian during Sunday’s game at Stadio Olimpico and as a result the Bianconeri defender has been given a retrospective three match ban.

Mediaset report the referee stated he saw Chiellini blocking Pjanic but not the elbow, so after reviewing the video evidence Chellini will now miss the Champions’ last game of this season against Cagliari, as well as the first two games of next season.

Prandelli has a code by which the players for indiscipline in clubs penalize in the national team. Asked whether it will comply in this case Prandeli answered: “I have looked again and again at what Chiellini did,”

Italy coach Cesare Prandelli has stated that his code of ethics has not be broken by the defender so will still be included in the provisional World cup squad, Prandelli said “For me, it is not a violent act.”

The Juventus defender has made 22 appearances this season as La Vecchia Signora won their third straight Scudetto.