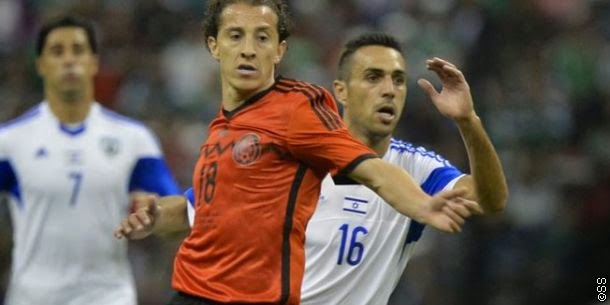 One of the participants of the tournament, "Road to Brazil" in the U.S., Mexico team won in Mexico City in front of 105,000 spectators selection Israel 3-0

Mexicans have dominated the whole match and routinely come to triumph. Two goals scored by Miguel Layun (43, 61), and scorer was still and Marco Fabian (85).

The match at Azteca stadium was the last to Cuauhtemoc Blanco in jersey 'El Tri'. The legendary 41-year-old striker said goodbye to the national team which has enrolled 120 appearances and played in three World Cups.

With 39 goals scored is the second scorer in the history of the Mexican national team, and only Jared Borgetti scored more (46). Blanco is the only Mexican footballer who score goals on three different Mundial.

Supporters are his every touch with the ball but greeted with euphoria, and although it was planned to stay on the field only in the first 15 minutes, Blanco has played 38 minutes when he was replaced.