Benfica and Sevilla in the final of the Europa League

Benfica and Sevilla in the final of the Europa League 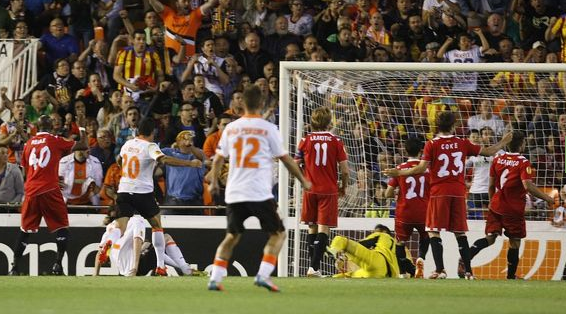 Last night are played two re-match of the UEFA Europa League semi-finals, where defended Sevilla 2-0 at Valencia and Juventus at home fought with a delay against Benfica


In the final of this year's Europa League will play Benfica, which is has kept in Turin advantage from the first match against Juventus, and Sevilla, which is a goal in the last moments of the match away against Valencia won passage further after domestic almost once again made ​​a big turnaround.

Juventus and Benfica are largely of the match played under very heavy rain shower, but not in such a situation defense Benfica bowed under pressure from the home team, which did not help playing with a player more the last half-hour, or two more players in the eight-minute judicial compensation.

The guests, however, remained with one less player after 67 minutes when received a second yellow card Perez, and at the beginning of injury time Garay is unintentionally got a kick in the head by Paul Pogba, and is carried off the field on a stretcher.

For Benfica in the final will not be able to play Perez because of a red card, Salvio his second yellow card, nor Lazar Markovic, who received a red card along with Mirko Vucinic because mutual altercation, long after he went on the bench.

Valencia against Sevilla was on the the verge of another major overhaul. Feghouli goals and Jonas in the first half time tied the result from the first meeting, and in the 70th minute Mathieu increased to 3:0.

When it seemed that will in the finals Valencia, Stephane M'BIA in the last moments of the meeting, however the finals took Sevilla.