"You're so hot" would dearly might cost coach Celso Teixeira

"You're so hot" would dearly might cost coach Celso Teixeira 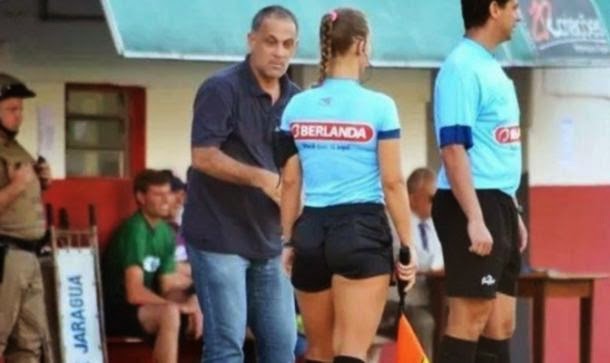 The words "you're so hot" could cost dearly coach member of the third Brazilian league, because Maria Labes in her statement said that to her approached Teixeira and said exactly these words.

The coach of Juventus, Celso Teixeira, denied he had called the girl Maira American Labes after being sent off in the match between Juventus and Chapecoense. The referee Paulo Henrique Bezerra de Godoy reported the departure sentence on the scoresheet.

In an interview with www.lancenet.com, the coach said he was upset with the situation and pointed out that the phrase came from the crowd.

"From the moment when she stepped on the field there were constant complaints on her judicial decisions. Perhaps it is someone from the stands addressed these words, but with certainty claim that it was not me," defending the coach.

"I'm not stupid enough to say something that for a girl who is old enough to be my daughter. I know my place. I do not think she herself would have the courage to say that she heard it from me. Behind the bench was about 20 supporters, who spoke a lot of stuff for her from the beginning of the game. She heard worse things than "sexy", but the fans that were behind me."

The manager still pondered the female dress of arbitration, claiming that it is inappropriate to the sporting environment, with so many men.

How will this situation be seen in the Union is not yet known, but in the case to prove that the is guilty Teixeira, expecting him long suspension.