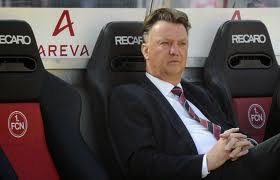 After the World Cup Van Gaal has stated he would like to either retire, or, "if the opportunity is right," take over the club in the Premier League. Having successful stints at top clubs Holland, Spain and Germany the manager only has the Premier League (and International) championships to check off.

Having long been rumored to take over for Tottenham's ill fated manager Tim Sherwood, Manchester United may join the fight to retain the manager's duties.

Following a disastrous first campaign from Moyes, Manchester United, currently in 7th place with four games left in the season, are fighting for a spot in the Europa League. The Glazer family, the primary owners of Manchester United have put many millions behind the re-vamping the squad for success, though some of those millions may now be put to finding a new manager, and Manchester United could certainly outbid Tottenham if necessary.

Slightly more sensationalized rumors have also said Van Persie will look to leave United at the season's end. However, having a good relationship with Van Gaal, the Dutchman may decide to stick around longer if playing for the man who made ​​him captain of his country.