Malogo: "Serie A is below average, and something has to change"

Malogo: "Serie A is below average, and something has to change" 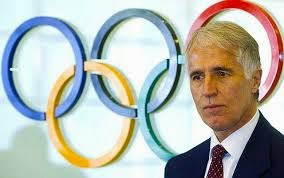 The president of the Italian Olympic Committee Giovanni Malago marked the current season of Serie A as below average, apart from the Juventus and Roma, and says something has to change very soon regarding the strength of the Italian league


"This is what is coming to an end was not a great championship, although Juventus and Roma were fantastic. For many months are positions decided at the league, which was below average, as shown by the results of Italian clubs in European competitions.

This season teams should not to win or 40 points to avoid relegation, enough to them is much less. There were so many games that were beautiful and that were played in front of half-empty stands.

Surely that compliments should be addressed at the expense of Juventus and wish them all the best in Europe league. Roma was great, but with that much spending should be champions. We have to do something." said Malago.

Malago, who heads the organization responsible for the development and management of sport in Italy, was asked what needs to change.

"Football clubs in the state treasury payments over a billion euros a year, and the Olympic Committee for their work gets ten million, that can not forget. But you have to ask yourself why this league a few years ago was the best in the world, and so far lagged behind. We do not have money from the sheik who bought large clubs in other countries, so we have to find alternatives, with an intelligent policy. If you look a few years back, when our football was on top, instead of spending huge amounts of money on players, presidents were able to invest some million in stadiums. That was a scandalous choice." added is Malago.

at 5:04 AM
Email ThisBlogThis!Share to TwitterShare to FacebookShare to Pinterest
Labels: Giovanni Malago, Serie A