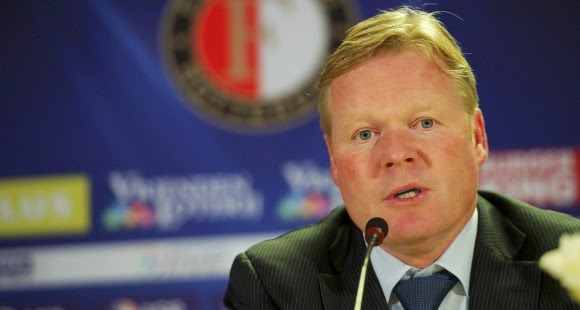 Martino is widely expected to leave the Nou Camp at the end of the season after an indifferent season, which saw Barcelona, who currently sit 3rd, knocked out in the Champions League quarter finals.

Spanish newspaper Sport reported earlier this week that Feyenoord coach Ronald Koeman, who is leaving the Rotterdam club at the end of the season, is an option to replace Martino.

“But they have not approached me yet.”

Koeman represented Barcelona as a player between 1989 and 1995, and was a fans favourite in his time at the Catalan club. It also wouldn’t be Koeman’s first time managing in Spain, with the 51-year-old having an unsuccessful time in charge of Valencia.

However in his three years at Feyenoord, Koeman has improved the club’s fortunes, guiding them to 2nd and third place finishes, while they are currently sitting 2nd this season.