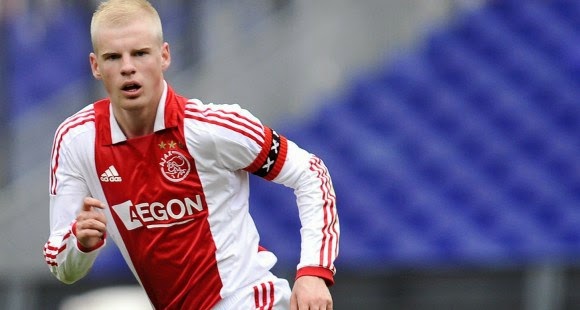 The midfielder has become a permanent member of the first team this season, and earned a call up to the Netherlands national team for the recent friendly defeat to France.

Earmarked as one of the biggest talents at the Amsterdam Arena for the past few years, Klaassen is starting to show his superb abilities, and has compared to club legend Dennis Bergkamp.

Klaassen's contract was due to run until 2015, but the 21-year-old has now put pen to paper on a new deal Which will keep him rooted to the club for the next four years.

Speaking to the official Ajax website Klaassen said, "This is a logical step for me.We really want to start building something with Ajax, and I think we are therefore doing well. "

Ajax director Marc Overmars added, "Davy is an intelligent player, a midfielder with depth and scoring ability, it says enough that he almost is our top scorer. He works hard for himself and for the team. I think he can be a player who can excel. "