Atletico vs Chelsea: The clash between the two best defenses in Europe

Atletico vs Chelsea: The clash between the two best defenses in Europe 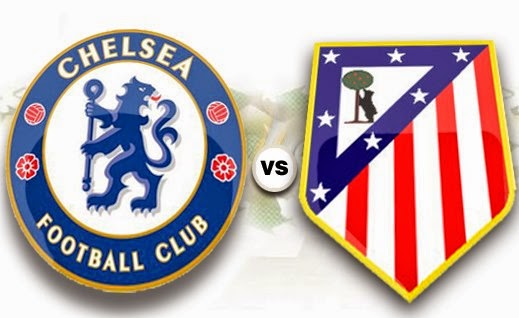 After seeing two of the best attacks of the season head-to-head last night, today is the turn of the duel between two best defense of the season

The defensive statistics require maximum attention and application. When the team with the best defensive sector of the Premier League faces the cast that was less goals than anyone else in La Liga in Spain, no one can expect a rain of goals.

Atletico Madrid have received just 22 goals in 32 games in the Spanish championship, and five goals in 11 matches in the UEFA Champions League. The Spanish team has not received a goal in six matches.

Chelsea did not receive a goal in five of the last six games. In total, the London team received only 26 goals in 36 games in the Premier League and Ashley Cole, who must play at left-back, can be a crucial player.

In 702 minutes, since last year, Chelsea has not celebrated goal by Cole, in total adding up the mean time he played for the England squad against Denmark last month.

Maybe it's time that Ashley hit the goal and bring new finale "The blues" from London, and Mourinho's clash with the club from which he returned to England.

at 7:01 AM
Email ThisBlogThis!Share to TwitterShare to FacebookShare to Pinterest
Labels: Atletico Madrid, Champions League, Chelsea