Season over for Victor Valdes

Season over for Victor Valdes 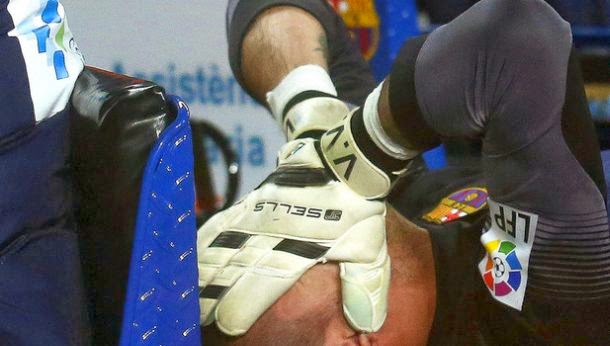 Barcelona goalkeeper Victor Valdes tonight and Celta played their final game in the uniform of the club since it was earned an injury due to he will miss the rest of the season, as well as the World Cup in Brazil

While the detailed examinations be performed until the next days, it is clear that this is a ruptured anterior cruciate ligament, which usually means about a half-year absence from the field.

Valdes was injured after twenty minutes saving the ball, which was previously bad rejected after a foul by Fabian Orellana. Immediately grabbed his knee and remained lying on the ground, and after a few minutes of medical treatment is carried off the field on a stretcher.

From Barcelona immediately after the game officially confirmed that Valdes tore a knee ligament and will have to subject surgery.

32-year-old goalkeeper has already announced that at the end of the season to leave Barcelona, the club where he spent his entire career.