Another teenager has become a "citizen"!

Another teenager has become a "citizen"! 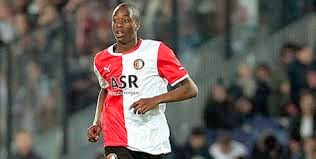 According to the statements of Netherlands media the 16-year-old will move to Manchester, after rejecting the chance to stay in Rotterdam, or join Liverpool, who made ​​a late bid to sign him.

Kongolo, who's older brother Terence is now breaking into the Feyenoord first team, is a highly rated midfielder, and has been compared to Patrick Vieira.

Feyenoord are used to seeing their young talents move to England, with Karim Rekik, Kyle Ebecilio, Nathan Ake and Jeffrey Bruma all leaving at a young age to the bright lights of the Premier League.

However Ake is the only one still playing in England still with Chelsea's reserves, while Rekik is at PSV Eindhoven on loan, along with Bruma, who finally left Chelsea after a lack of first team opportunities, and Ebecilio joined Twente from Arsenal.

Kongolo is taking a huge risk with his career by leaving Netherlands at such a young age, with the chance of first team opportunities at the cash rich Manchester City a lot fewer than if he stayed in the Eredivisie.