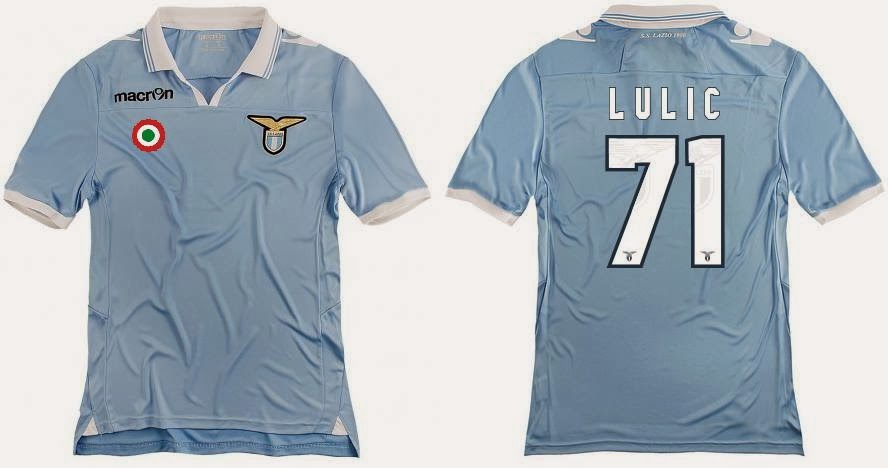 Great Roman derby between Lazio and Roma on the program on Sunday from 15 am. Inflate the atmosphere in the Italian capital city has already started, and the most popular props Lazio fans before derby are t-shirts with the inscription "Lulic 71".

Senad became in May last year, the biggest favorite of the fans of Lazio by in the Italian Cup finals in 71st minute scored a goal their biggest rivals. Since then, the "Lulic 71" has become a real brand, according to Italian media.

Senad has not made the score from the 25th September last year. Now again playing under the guidance of Edy Reja with whom played well. For him, this will be a special match due to the challenges with a friend and teammate from national team of Bosnia and Herzegovina Miralem Pjanic who in May said that he was glad that Lulic decided derby, and therefore later had problems with the Roma fans.

at 7:44 AM
Email ThisBlogThis!Share to TwitterShare to FacebookShare to Pinterest
Labels: AS Roma, Lazio, Lulic 71, Senad Lulic, Serie A