A-League: Round with a few derbies

A-League: Round with a few derbies 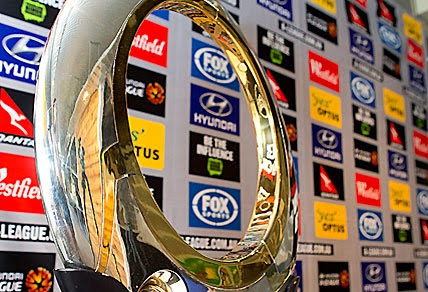 Round where they meet two first placed, then Adelaide vs. Sydney, Melbourne Heart vs Perth Glory...

In the first match the two teams from the top of the table has met and played draw. Leading Brisbane Roar after this round, retained an advantage over an opponent from today's meeting.

After the game, coach domestic Mike Mulvey said: "I would not say we cracked, but they found a way to open the door. To walk away with one point I would be quite happy with to tell the truth. We had chances to get a second, but at the end of the day I think it was a fair result. "

Although guests had greater possession (54%) failed to surprise and win the three points.

After the game, Tony Popovic coach Wanderers said: "These players do not know how to give up. They kept going even though we conceded early in the first half.


'We could have felt sorry for ourselves because we were dominating the game and not scoring. That is human nature. But we never gave up hope. "

The final score was 1-1 with goals in the 13th by Berisha and Haliti in the 85th minute.

In another derby Melbourne Victory defeated host Coast Mariners 3-1. Double scorer was Troisi (45th and 62What minutes), for guests is still hit and Thompson in the 50th minute while for domestic was the only scorer Ibini-ISEI for lead of Mariners in the 11th minutes, but by the end the guests managed to turn the result in their favor.