European Futsal Championship: Russia and Portugal in the quarter-finals

European Futsal Championship: Russia and Portugal in the quarter-finals 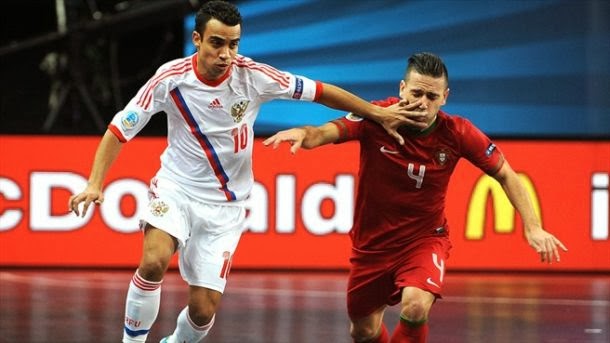 In a great game, in the second round of Group B UEFA Futsal Championship, Russia and Portugal played a draw (4-4)

After they both of them have mastered Netherlands, secured passage into the quarter-finals. In the end, Russians are finished due better goal difference in first place even though they have the same number of points as the Portuguese.

Ricardinho scored one goal for Portugal, two Goncalo, while an own goal scored Fukin (Russia player). For the Russians it was a double scorer Eder Lima, while still hit targets Abramov and Pereverzev.

In the quarter due to a red card which he get in the todays match will not play Pula, but anyway it comes to reserve player.