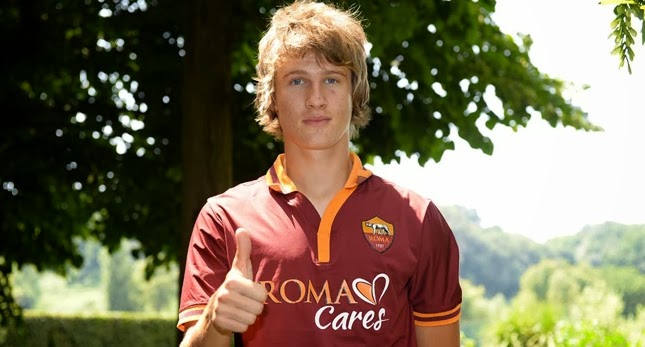 Italian media during the Friday afternoon already announced that the young Croatian footballer Tin Jedvaj by the end of the season playing on loan at Verona, but until the end of the transitional period the transfer is not realized


Italian Sky Sports reported that the job stopped Roma, and her coach Rudi Garcia, so that the 18-year-old defender to the end of the season to fight for occasional minute in jersey, "she-wolves".

Tin Jedvaj is, recall, last summer came to Roma from Dinamo Zagreb, but so far in Serie A just entered one appearance. Concretely, played the last eight minutes of the duel against Genoa earlier this month.

Roma and Verona are still on the last day of transitional period signed one deal, so the club from the Italian capital on a six-month loan sent the Brazilian midfielder Marquinho.

at 11:32 AM
Email ThisBlogThis!Share to TwitterShare to FacebookShare to Pinterest
Labels: AS Roma, football transfers, Roma, Serie A, Tin Jedvaj, Transfers, Verona