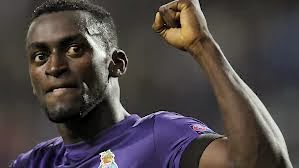 Selection in search for solutions in the Arsenal attack looks fell on the Colombian, Jackson Martinez

Arsène Wenger is actively seeking reinforcements in attack, injury Wolkott and Bendtner, and from earlier Podolski, will make the French experts to quickly react.

Wenger has announced that it will operate during the winter, in the public is widely speculated with names.

Moreover, there is no literal attacker who is not brought into contact with Arsenal, a few names still stands.

English media are suggesting that Alvaro Morata was the first choice, but the situation is complicated by some of the proposed loan.

Atletico Madrid's Diego Costa discovered that has clause from 31 million, glossy attacker is also in the frame, although it is unlikely to expect that Simeone give up one of their most important players in the middle of the season, in which Atletico targeting the highest level in the domestic championship in Europe .

Aware that he would have to set aside a substantial sum of money in order to strengthen his team, Wenger is, suggesting the island, attention is definitely shed more light to Jackson Martinez, brilliant footballers of Porto, who is in the football sky soared last season with great goals.

Martinez would represent the proven variant, excellent fit in the system of the game that the Gunners grown, and his buyout clause is similar Costa's and is 33.2 million pounds.