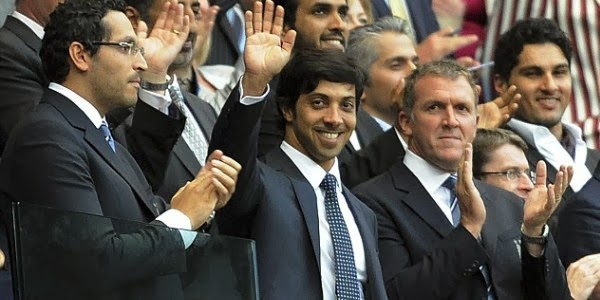 City's owner Sheikh Mansour bin Zayed Al Nahyan has big plans for Melbourne Heart who currently lies at the bottom of the table in the Australian A-League. English media reported that the sheik bought a majority stake in Melbourne Heart for 7.1 million euros.

"We are excited about the opportunity to make Melbourne Heart one of the most successful football clubs in Australia and throughout the region" said the executive director of the City Ferran Soriano.

Going by Soriano's comments, it is clear the club sees its entry into the Australian football landscape as a lengthy investment and those Which augurs well for the growing strength of Melbourne Heart, the Hyundai A-League and football in Australia.

Since May 2013th year Manchester City team is co-owner of New York City FC, who will from the 2015th year to join the MLS league.

Asked if the new owners intended to maximise the marquee concept, City academy head Brian Marwood said: "We've taken that on with the MLS [with New York] where it's a similar model with the designated player. We've not been shy of bringing 'marquee' players into Manchester City."