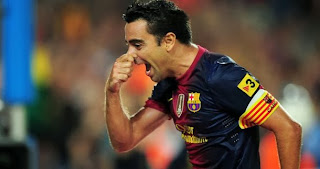 Manchester City wants to bring football player Xavi Hernandez from Barcelona, but in their newly formed club in New York who will play in the MLS League

New York City soccer club will from 2015th have the right to perform among the best teams in the United States, and Manchester City will be in their branch that year to try to engage Xavi, who will be 35 years.

In the project of establishing an MLS club has already invested 360 million euros and Xavi would be the player around which would be build a game newly established MLS team.

Xavi is entire career spent in Barcelona, and recently said he is not sure whether in the ranks of the Catalan giants end his career.