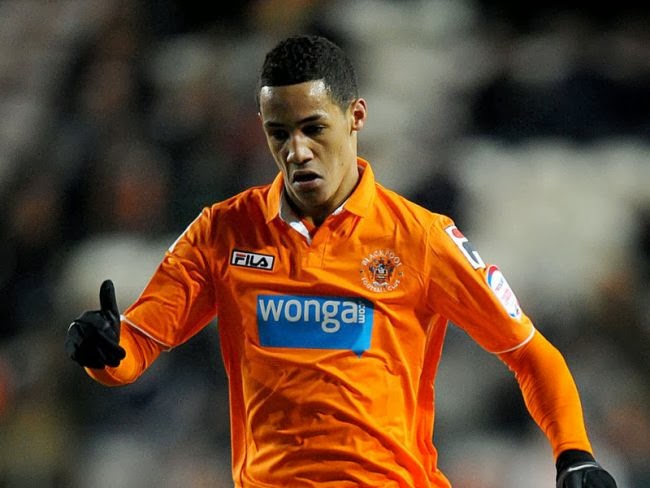 Thomas Ince, football player from Blackpool, will perform by the end of the season as a loaned player on 'Selhurst Park'

Despite the fact that numerous premier ligase were interested in his services, Tom Ince decided to Crystal Palace.

In Blackpool arrived 2011th year, and this team has played 100 matches and scored 31 goal.

Previous summer was agreed his transfer to Cardiff for 8 million pounds, but he refused to move to Wales because he wanted to stay in Blackpool beside his newborn child.

In their ranks wanted him Swansea, Stoke City, Hull, Sunderland and even Liverpool, but the Crystal Palace was the most persistent and the loan is paid to Blackpool even a million pounds, so the midfielder in the coming period will play for the Dragons from South Norwood.