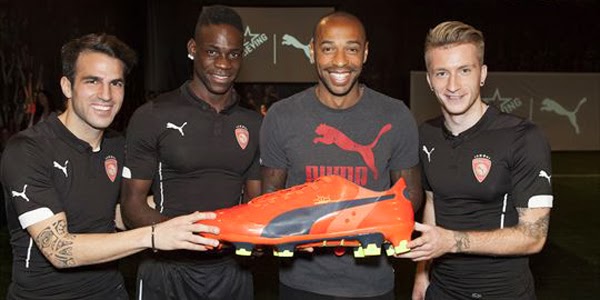 Cesc Fabregas, Marco Reus and Mario Balotelli have participated in evoPower challenge in which they competed in several disciplines

The first was the force of the shot, which has won Balotelli. The next challenge was the strength of volley shot, and again was the best Balotelli.

The third challenge is a penalty, and are considered power of shot and precision. The winner is... you guessed it... Balotelli!

The following situations are a challenge to achieve the goal, in which assess the strength and accuracy of the shot. As in previous challenges, the winner was Balotelli.

It was a promotional campaign the company Puma.