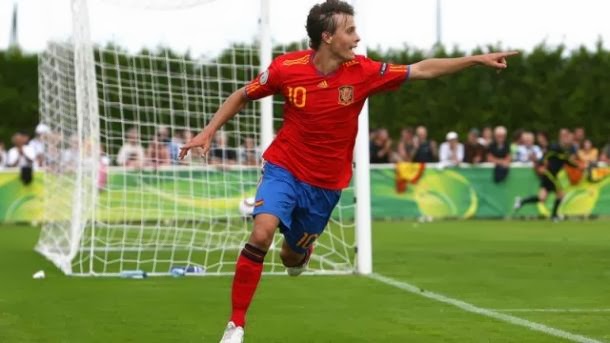 Real Sociedad has agreed transfer to Valencia midfielder Sergio Canales, with whom will sign a contract on four and a half years

"Canales has already passed a medical examination and will officially be presented on Monday," announced the club from San Sebastian.

This 22-year-old midfielder was four years ago for 10 million transferred from Racing to Real Madrid as the biggest Spanish talent, but failed to impose, so he went to Valencia where he had a lot of problems.

For two years I spent at the Mestalla had two surgeries for severe injury of the ligaments, so he decided to seek happiness in Real Sociedad, who is currently sixth in the Spanish Primera.