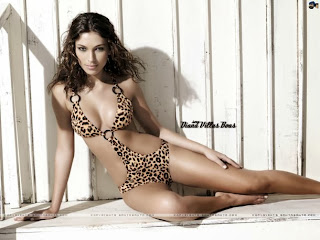 
Diana and Susan Villas Boas Brazilian attractive models which are because of their surnames became famous than they were before.

The sisters have made public confusion football and put Totenhema manager Andre Villas Boas in an awkward situation because of provocation that's related to them.

Andre is descended from the Iberian peninsula, while the attractive models natives of Brazilian place near Sao Paulo.