Ibrahimovic again the most popular athletes of Sweden

Ibrahimovic again the most popular athletes of Sweden 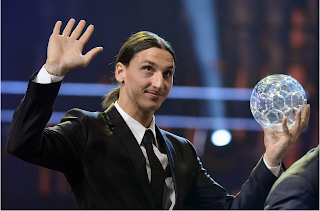 Games of this football genius, not only in his club but also for the national team of Sweden were not stays unnoticed. Certainly to his popularity in favor and developments outside the football field.

According to a survey of Swedish daily Aftonbladet, 58.7 percent of readers voted for Ibrahimovic.

Ibrahimovic has commented on the survey results to the question of whether it is most popular or the best athletes.


Behind Ibrahimovic have found the Charlotte Kalla, Johan Olsson and Marcus Hellner.