Corinthians refused the offer of Arsenal for Pato

Corinthians refused the offer of Arsenal for Pato 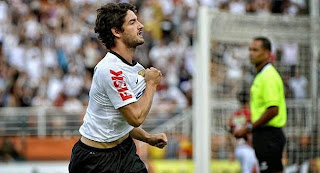 According to reports in the Brazilian media, Arsenal bid for Alexandre Pato was rejected

The former Milan striker was currently a member of the Corinthians, but Arsenal  tries to return him to Europe. Pato is not in the right form and found himself on the target of fans Corinthians, and therefore believes that he wants to leave the club.

In the Corinthians was Pato arrived for 12 million pounds in January this year, and Arsenal was Brazilian team sent offer of 6.5 million pounds, but there was no positive response.


It is interesting that Pato previously played three times against Arsenal for Milan. For the Brazilian club has played 25 league matches and scored 10 goals.