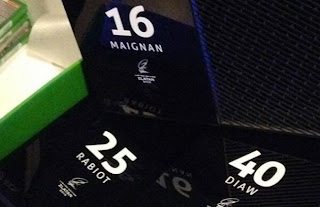 Although Zlatan Ibrahimovic in the last few days before, during and after the meeting barrage for going on World Cup in Brazil, on the returning to club commitments decided to gladden his team-mates in rows PSG

The striker and captain of the Swedish national team his teammates glad is gifts, and it is a limited version of the newest Xbox console that carry just Zlatans name, and the names next to them is Zlatans signature.

To truly be unique console, popular Ibra additionally took care because on each console next to the surname of his teammates from the PSG is printed and the number which wears on the uniform of the Paris Club.


This gesture is worthy of attention and a denial of all those who know often to say that Ibra is not collegial, and that selfishness is one of his main features.