Who will win the race for Roberto?

Who will win the race for Roberto? 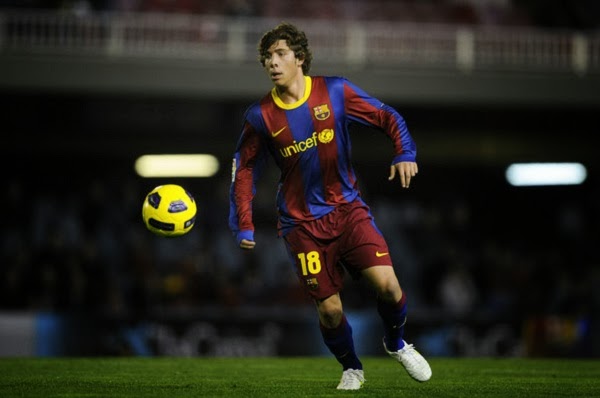 According to the statement arriving from Spain, English clubs are interested in Barcelona midfielder, who this season does not get enough opportunities to play


Sergio Roberto is originated in the famous Barcelona youth school. Previous season's performances for Barcelona B team, and this season has been included in first team.

However, the young football player does not get much chance to get on the field. In the game was getting only three times, and always from the bench.

It was a sign for Liverpool and Tottenham, to submit offers for the young midfielder. Team of Brendon Rogers wants in Champions League, and for doing so they certainly need reinforcements.

In the team Tottenham also want football player of Barcelona, but it's hard that him can offer place in the first team, when taking into consideration number of reinforcements that arrived in London this summer.

The interest has been shown and the team of Milan, which would the money for transfer Roberto collected from the possible sale of El Shaarawy, for whom are interested clubs from England.

The biggest obstacle in the realization of this transfer may be the price of a young Spaniard. He in his contract has no buyout clause, and believed that Barcelona will not let up for a sum of less than 20 million euros.

We will see whether Sergio Roberto get more chances in the first team in rest of the season, and so may extend its stay in the capital of Spain, or will have in January to lose patience and request certain from management to let him go to another club.

Otherwise, this young man is already compared with Xavi.
at 7:12 AM
Email ThisBlogThis!Share to TwitterShare to FacebookShare to Pinterest
Labels: Barcelona, Rumors, Sergio Roberto