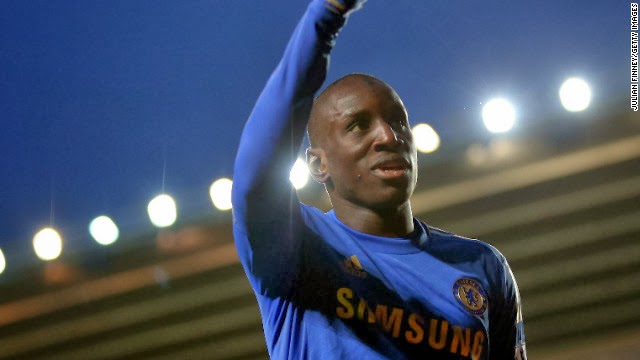 The Gunners at the moment are relying heavily on lone striker Olivier Giroud and if the Frenchman continues to play week in week out, then surely by the end of February, he will run out of steam

But, does Arsene Wenger has really any options, apart from delving into the market? He doesn’t see Lukas Podolski and Theo Walcott as out and out strikers in the team and certainly cannot rely on Nicklas Bendtner to do the job for him.

So, here are five players, Wenger can check out:

Demba Ba: Let’s start with the obvious and realistic ones. The Gunners wanted him in the summer, but the deal didn’t materialize. Therefore, Wenger could try for him again in January. The Senegal international has struggled to get games at Stamford Bridge this season and could be looking for a move. He has the Premier League experience under his belt and most importantly will be available for cheap as well.

Alexandre Pato: The former AC Milan star could make a switch to the Premier League. And as per the rumours, both the North London giants – Arsenal and Tottenham are interested in him. There is certainly no doubt about his quality but his fitness is a major issue. Therefore, whoever buys him will be talking a huge gamble. Can Arsenal afford to take any big gamble this season?

Fernando Llorente: The Gunners must at least make a formal offer for him. They should. The Spaniard has dropped down the pecking orders at Juventus and would jump the ship, should an offer from Arsenal arrive. He is a class striker and just that his move to Juventus didn’t work out it doesn’t make him a poor player overnight.

Karim Benzema: Goals have dried up for the French star and as per several reports from Spain, Real Madrid coach has been left largely frustrated by his performances and the striker could be shown the door. May be he is lacking in confidence at the moment and Wenger could try to restore that in a few months time from now.

Robert Lewandowski: We don’t really know whether the Polish star is at all Bayern bound or not but what’s the harm in lodging a bid at least to test whether such pre-agreement contracts exist or not. A world class striker, without an iota of doubt, would be moving for free next summer – and none of the English clubs are making the formal move? Why not make a big offer in January and lure him away?