Simeone: "We can not win the 'boring' league"

Simeone: "We can not win the 'boring' league" 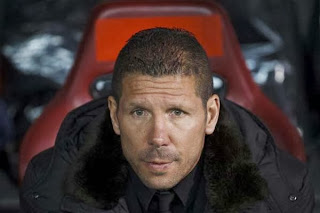 
Atletico was last night demolished Getafe with 7:0. They remain at only one lost match in this season Prirmera and have three points less than leaders Barcelona after 14 rounds.

However, Diego Simeone is not optimistic about the equal participation in the race for the title of champion of Spain for his team.

"In my opinion, the league is boring and very little chance to keep pace with Barcelona and Real Madrid.

Each match is like a final. One blunder and immediately is much more difficult, it is a problem and it must somehow be solved for the sake of the welfare of football.

You need to plan things a few matches in the front, that to us currently going well, but the question is how long we will be able to endure." said Simeone.