Peralta with hat-trick verified placement of Mexico on Mundial

Peralta with hat-trick verified placement of Mexico on Mundial 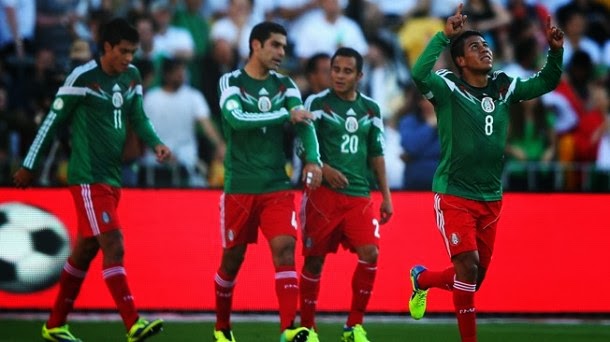 
Already in the 14th minute Mexico took the lead with goal Peralta, on assistance from Pene, that in the 29th minute the same player doubled the lead to 0-2. Great game in a rematch Peralta was crowned with hat-trick which was completed in 33rd minutes.

Six minutes before the end of the first half New Zealand has failed to reduce the score with a shot from penalty , and imprecise was Brockie.

Early substitution the New Zealand selectors tried to change something in the game of his team, which is ten minutes before the end came to the reduction results on 1:3, and the striker was James from the second penalty at this meeting, which is awarded to the hosts. Three minutes later, Fallon was his goal reduced to 2-3, but the final 2-4 set double assistant Pena.