FIFA annulled the victory of South Africa against Spain

FIFA annulled the victory of South Africa against Spain 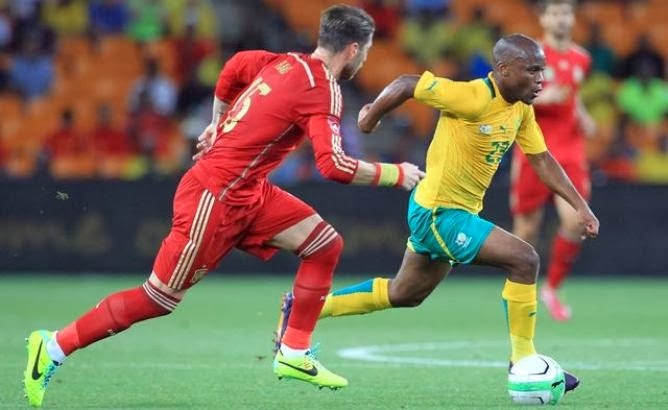 The international football federation (FIFA) has declared a friendly match between South Africa and Spain in Johannesburg, which hosts won 1-0


The fight was annulled because the world and European champions Spain made ​​more changes than the permitted number.

Specifically in the 81st minutes for the injured reserve goalkeeper of Spain Victor Valdes Spain, and it has not stopped Spain selectors that regardless of the six changes made ​​and performed and seventh in the match bring in Reina. The judges have allowed such a move, and FIFA has annulled a few days after the fight.

South Africa is with a goal Parker 56 minutes, came to a surprising victory, and why is FIFA annulled the match in which is defeated team made ​​a unauthorized number of changes is not yet clear.

at 10:38 AM
Email ThisBlogThis!Share to TwitterShare to FacebookShare to Pinterest
Labels: FIFA, Friendly, National team of Spain, Scandals, Spain

To bad for JAR