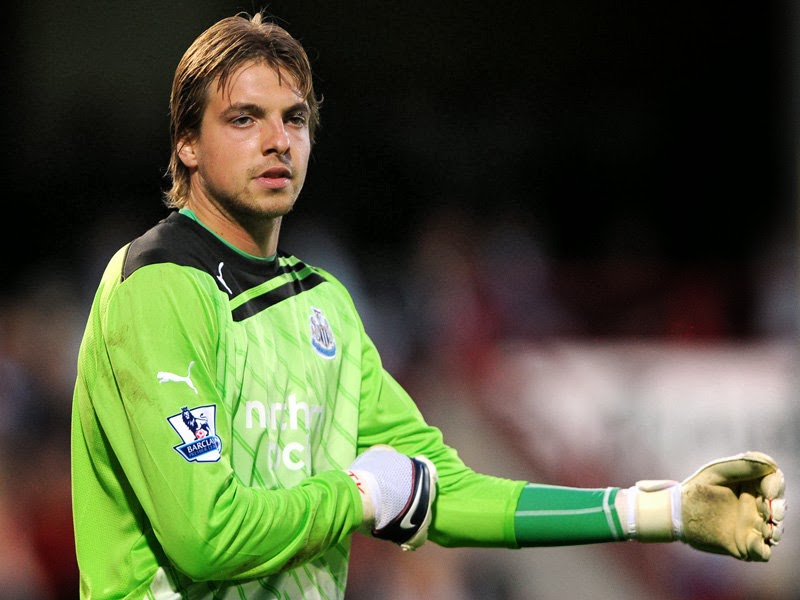 
The Dutch international stopper made 14 saves during his side’s 1-0 win in London, which is the most any goalkeeper has made in a single Premier League game so far this season.

After the game his manager Alan Pardew described Krul as not only the best Dutch goalkeeper, but also the number one in the Premier League.

He said, ”I think he is the best Dutch goalkeeper for sure and I think he is the best in the league.”
Krul also spoke to the media after the game, “This is the highlight of my career. It was nice to celebrate with the back four. These kind of games don’t happen very often. It was a great result.”

The 25 year old now travels to meet up with Netherlands squad for the friendlies with Japan, and Colombia, and will be determined to make the number one jersey his own.

Dutch paper De Telegraaf stated earlier in the week that Ajax keeper Jasper Cillessen was considered to be Netherlands first choice between the sticks, but coach Louis van Gaal may have to have a rethink after this display.

at 2:52 AM
Email ThisBlogThis!Share to TwitterShare to FacebookShare to Pinterest
Labels: Newcastle, Premiere League, Tim Krul