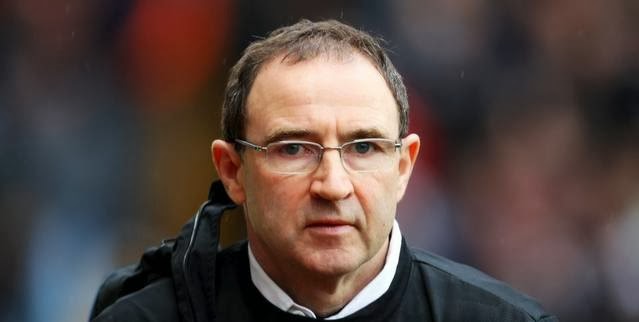 Former coach Sanderlend, Celtik and Aston Villa, Martin O'Neill, will be the new coach of Ireland, instead of Giovanni Trapatoni, reports BBC

As stated, O'Neil will choose his first assistant Roy Keane.

Until recently, the Italian coach Trapatoni fired in September after failing to qualifying for the Mundial in Brazil.

The next two matches Ireland's national team are friendlies - against Latvia 15th November at home and against Poland away four days later, by which time it should be elected the new professional staff.

The list of players for this match will be announced on Tuesday.

at 4:23 AM
Email ThisBlogThis!Share to TwitterShare to FacebookShare to Pinterest
Labels: Martin O'Neill, national team of Ireland, Roy Keane