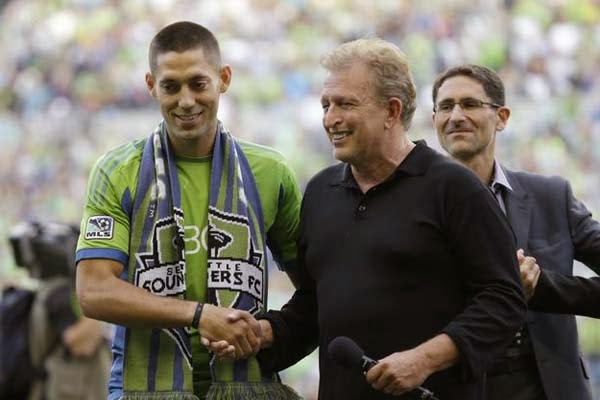 According to information from the Isles, the former Tottenham and Fulham football player and current first team player Seattle Clint Dempsey eager to during a break in the MLS league as a loaned player again plays in the Premier League


Clint Dempsey this summer arrived in Seattle team that competes in the MLS league, and by some information in his contract there is a clause by which he was allowed to be in the form of loans back in the Premier League during a break in America.

Tottenham is a club that has a preferential right loan football player, but due to the large number of options in midfield it's hard to believe that will Villas Boas lend his former football player.

Therefore, it is believed that will Fulham, Aston Villa and Everton try to include in their ranks though it was only temporarily lead the U.S. national team member.

Soccer player Seattle will have to because list injury misses friendlies that his team plays against Scotland and Austria.