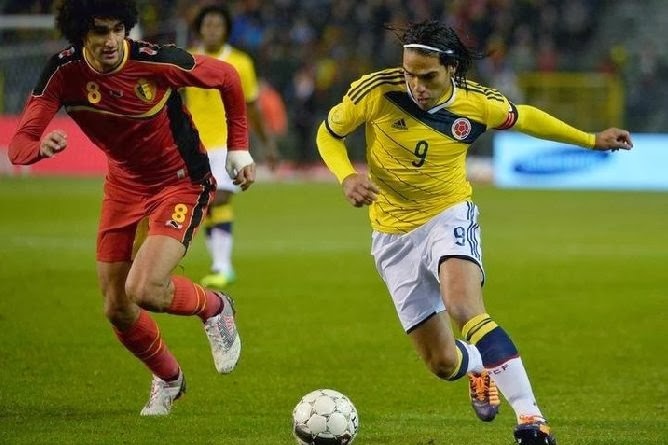 Duel fourth and fifth world national team belonged to the guests, Colombia is at the stadium King Baudoin overcame Belgium with score of 0-2


In the first part of the match slightly better were chosen Marc Wilmots three nice chances missed Christian Benteke, for an alleged faul over the same player the home team in the 40th minute and looking for penalty, but the English referee Mark Clattenburg remained immune. South American selections best chance had over Radamel Falcao, but on the rest is still gone initial results.

The best footballer of Colombia for the miss from first 45 minutes redeemed after 51 minute. Falcao is skillfully avoid offside trap and in the situation one on one somehow managed to fool Simon MIGNOLET.

Guests to the second goal arrived in the 66th minutes after one crossing from the side ball came to Victor Ibarbo who undisturbed from a few meters of a powerful shot MIGNOLET left without chances.

By the end of the game popular Devils had several opportunities, and twice they hit the post and through Marouane Fellaini and Dries Mertens, but failed to overcome the legendary Colombian keeper Faryd Mondragon.
at 2:13 PM
Email ThisBlogThis!Share to TwitterShare to FacebookShare to Pinterest
Labels: Belgian national team, Belgium, Colombian national team, Friendly