Barrage for WC 2014: Five goals in the net of New Zealand

Barrage for WC 2014: Five goals in the net of New Zealand 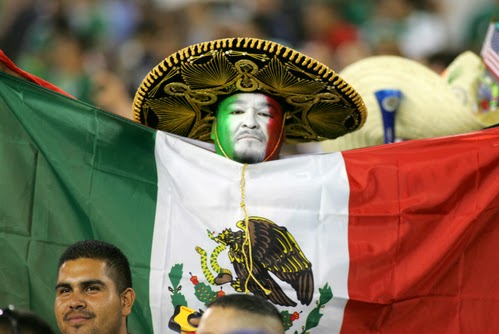 The first play-offs match for the World Cup in Brazil between Mexico and New Zealand played tonight, and the home team has won with a convincing 5-1


Home team threatened in the seventh minute of the match, but the shot Aguilar was imprecise. Mexico continued to attack, and in the 17th minute threatened Peralta, but his shot goes wide.

In 32nd minutes the home team took the lead, and the scorer was Paul Aguilar. Until leaving to rest domestic are achieved and the second goal. Net of New Zealand rattled the Raul Jimenez in the 40th minutes.

Just as was started from the center in the second half, domestic come to the third goal. Scorer in the 48th minutes was Peralta. Ten minutes before the end of the game the same player hit the net of New Zealand for high 4-0. Mexicans did not stop there, the fifth goal for domestic scored Marquez in the 84th minutes.

Honorary goal for the visitors in the 85th minutes achieves James. Mexico with this victory secured the place in the Brazil. It is difficult to expect that New Zealand can compensate a large backlog.

Just as predicted Herrera, Mexico has achieved a good result in the first game.