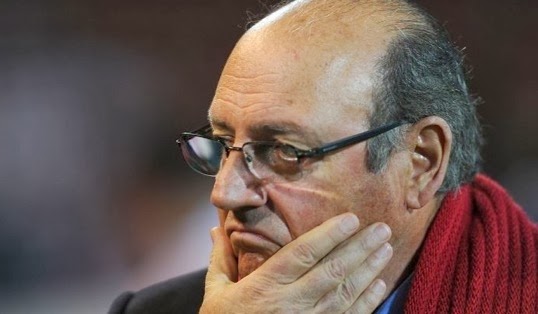 Selector of Peru Sergio Markarian declined the offer to stay at the helm of the national team, after the failure in qualifying for the World Cup in Brazil 2014th year

"Things did not go as I planned it, and I feel responsible for the failure. I said earlier that I will not to continue to work as a coach, if the team does not qualify to the Mundial, "said Uruguayan expert on Channel N.

Sixty-eight-year Markarian previously coached clubs in Paraguay, Chile and Peru, winning titles in all three countries, as well as in Greece and Mexico.

Markarian has successfully led Paraguay in qualifying for the Mundial 2002 and then also be replaced, and in its place came Caesare Maldini.

Peru, which is not qualified to Mundial since 1982. year, he finished in seventh place in South American qualifying group with 15 points from 16 matches.

Peru is in the qualifiers won only one point on the side in eight games. Peru is the best result achieved by Markarian on America's Cup 2011th when he played in the semifinals.

at 6:08 AM
Email ThisBlogThis!Share to TwitterShare to FacebookShare to Pinterest
Labels: Qualification