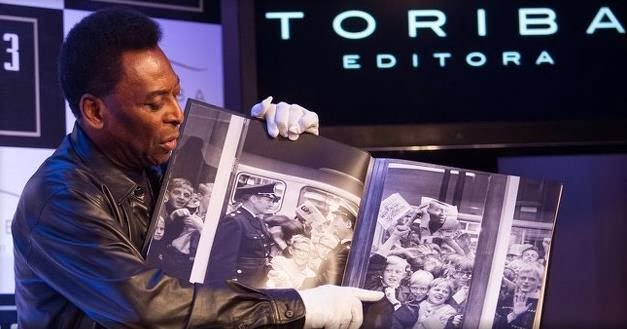 One of the greatest players of all time, the Brazilian Pele, published a book about his career, which costs, no less than 1,225 euros and weighs 15 pounds


A monograph on the 72-year-old Pele was named "1283," which alludes to the total number of goals which this Brazilian reportedly achieved during his career, although there is no official information on the exact number of his goals .

The book includes more than 500 photos and symbolic 1,283 text. Also released in 1283 copies, each signed by Pele himself. There are and more luxurious regulated edition that is 1,875 euros.

Pele's book presented at the Museum of the sights and sounds in Sao Paulo, and will soon be available in New York, London and Dubai.

"Watching all these pictures was very emotional for me because I remembered all the people who have loved me and supported throughout career, my family, friends, teammates and fans," said Pele.

at 4:09 AM
Email ThisBlogThis!Share to TwitterShare to FacebookShare to Pinterest
Labels: Legend