Nuri Sahin back in Dortmund?

Nuri Sahin back in Dortmund? 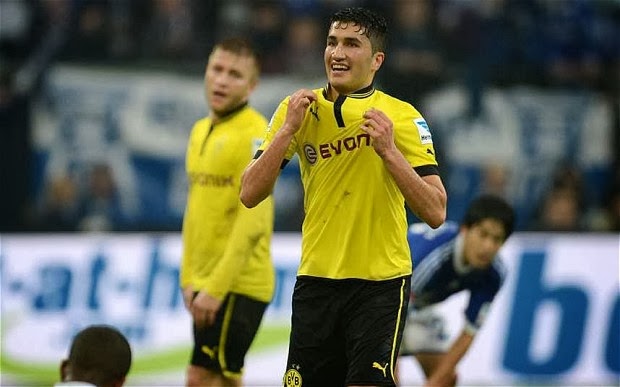 Dortmund want to buy back Nuri Sahin on loan from Real Madrid!

Borussia Dortmund after the successful contract extension of coach Jürgen Klopp are now working to buy back midfielder Nuri Sahin from Real Madrid, who is currently on loan for 18 months at BVB after Sahin failed to impress at Madrid and FC Liverpool.

After returning to Dortmund in January 2013, Sahin took half a year to adjust at his old club and in the current season he is back at his best in defensive midfield and is an influential player in Jürgen Klopp's side, who scored a crucial goal last weekend in the Ruhr derby against FC Schalke 04.

Sahin recently had said that he values what he has at Borussia Dortmund, it feels like home for him and he knows the club inside out.

It will be interesting to see if Real Madrid create any problems in Nuri Sahin returning permanently to Borussia Dortmund with the player currently being valued at 8 Million Euros with his transfer fee in 2011 having been 10 Million Euros.

A permanent return of Nuri Sahin with be the best for the player as well as Dortmund.