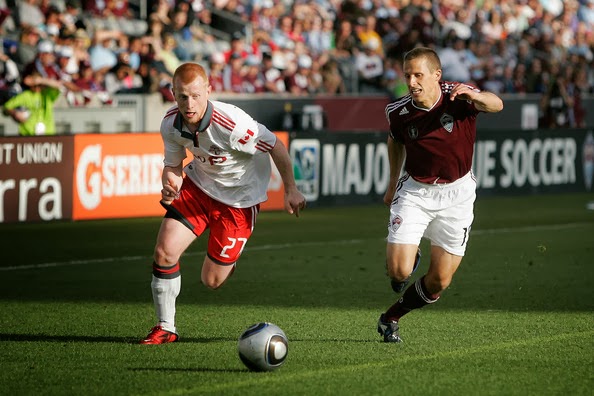 
The 24-year old former Manchester United full-back is expecting to depart the Canadian club following a little under three seasons at BMO Field but admits he has found his niche in North America and would like to stay in the competition.

"I’m still to speak to Ryan [Nelsen] and the rest of the coaches, but I think it is clear to see that I’m not going to be here next season," Eckersley told reporters at Toronto FC’s end-of-season media event on Monday.

"I have great memories of my time in Toronto. We didn’t have a lot of success on the pitch, but personally I felt great here. The fans have been fantastic and the players I have played with have been great. I think moving forward, if this club is successful, it will be one of the best teams in the league to play for."

He added: "I’d like to stay in the MLS because, if you are playing for a successful team in the playoff hunt and in the postseason, the tension and the atmosphere of the games is unbelievable."

at 12:24 AM
Email ThisBlogThis!Share to TwitterShare to FacebookShare to Pinterest
Labels: MLS news