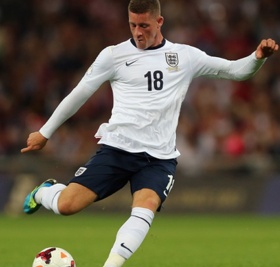 
The newly capped England international has attracted interest from the Blues with talk of a £ 20 million bid in January.

Chelsea travel to Everton this Saturday and scouts will be there to watch Ross Barkley, who is enjoying a very impressive start to the new season.

The highly rated midfielder has come through the ranks at Goodison Park in a similar fashion to former Everton striker Wayne Rooney, with many excited about the potential of the young midfielder.

Chelsea already have an abundance of midfielders at the club but Barkley is arguably one of the hottest properties in world football and Jose Mourinho will break the bank to secure the youngster.

at 5:54 AM
Email ThisBlogThis!Share to TwitterShare to FacebookShare to Pinterest
Labels: Premiere League, Rumors