Cape Verde have been disqualified from the 2014 WCQ

Cape Verde have been disqualified from the 2014 WCQ 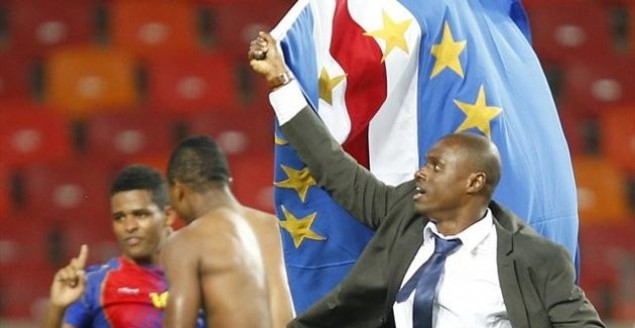 
"The match has been declared to be forfeited and awarded 3-0 in favor of Tunisia, meaning that the Cape Verde Islands will not progress to round three of the FIFA World Cup African zone qualifiers," read a FIFA statement released this Thursday.

Defender Fernando Varela, who plays his club football in Romania for Steaua Bucharest, had Initially been handed a four-match ban for unsporting conduct during a March 24 qualifier against Equatorial Guinea.

Ironically, Cape Verde were awarded a 3-0 decision after it was found Equatorial Guinea had fielded an ineligible player in Malabo, where they had won 4-3.

at 11:25 AM
Email ThisBlogThis!Share to TwitterShare to FacebookShare to Pinterest
Labels: Qualification, Scandals