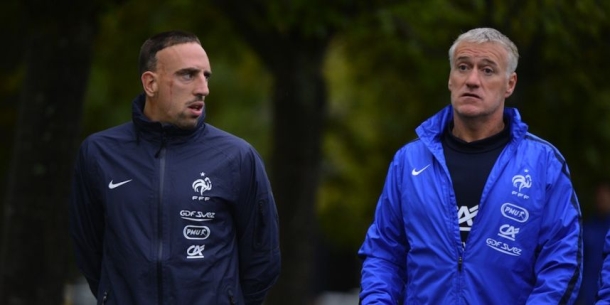 
Ribery has been a major player in Bayern last season during its campaign in triple crown, and Deschamps believes that it should not happen that the French national team member left without the Golden Ball.

"I think Ribery deserves the Ballon d'Or." He played great, he won trophies and I think it equally can enter the competition for the award with Messi and Ronaldo. Franck won three titles with Bayern last season, a rare player who can boast such a season, "said Deschamps.

The last Frenchman who won the Ballon d'Or was Zinedine Zidane 1998th year.

at 5:44 AM
Email ThisBlogThis!Share to TwitterShare to FacebookShare to Pinterest
Labels: Europe News, FIFA