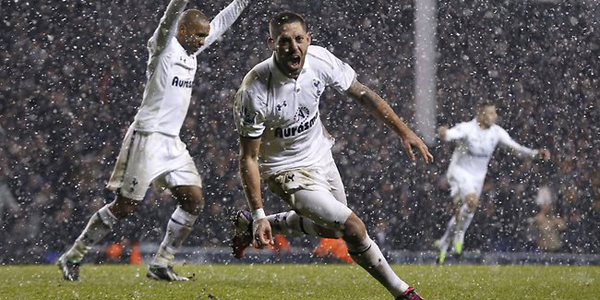 
"Sports Illustrated" writes that the Dempsey today appear in Seattle, and it will officially be a presentation on Monday.

"NBC Sports" reveals the details of this transfer: Tottenham will from Sounders get nine million dollars in compensation, which is a new record when it comes to MLS league.

And Clint Dempsey will fantastic to earn and will to cash in for four seasons for the U.S. opportunity, an incredible, 32 million dollars.

With the London Club Dempsey is the last day of last year's transfer deadline has signed a three-year contract arriving from Fulham, where he twice voted player of the season.

The best performance was in the last season (2011/12) the occurrence of for club from Craven Cottage. Hit 17 League goals, and in the choice of the best players from the premier league was ranked number four.
at 5:54 AM
Email ThisBlogThis!Share to TwitterShare to FacebookShare to Pinterest
Labels: MLS news