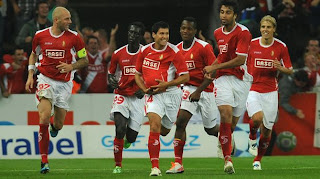 
Standard is the Maurice Dufrasne Stadium in Liege hosted Leuven, who after this game remains at only one point.

But the guests were not innocent and had several opportunities to come at least a point. As far as the host, to victory arrived Buysensa own goal, although most credit has a stopper Standard Kanu, who was firing.

In other matches yesterday:

Check all  results and table with click on picture below:

at 8:19 AM
Email ThisBlogThis!Share to TwitterShare to FacebookShare to Pinterest
Labels: Belgium