After ten years football is returned to Afghanistan

After ten years football is returned to Afghanistan 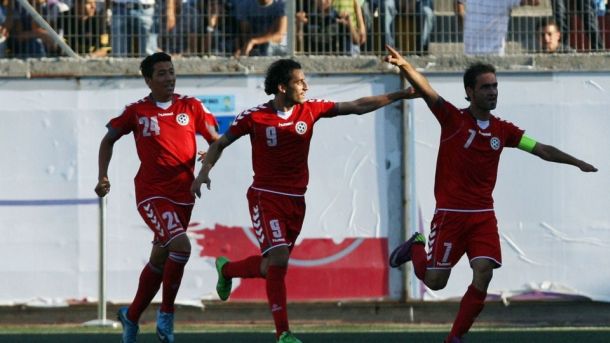 
After ten years football is returned to Afghanistan, and team of this country will host at stadium in Kabul neighbors Pakistan against whom have not played at home even from 1977th year.

It will be the first time that Afghanistan plays in Kabul since 2003. year and duel against Turkmenistan.

"I am very happy that Afghanistan will play against Pakistan in Kabul.I am sure that we will achieve many goals and win. I do not remember any of this match in my life. We have a strong team. I bought a ten ticket and flag of Afghanistan," said the 16 - year old student Ghulam Abbas Kôhî.

Tickets for this event cost between the 100 and 300 Afghans, which is between two-five dollars, and the match will be played at the stadium, which receives 6,000 spectators.

Because of these matches into Afghanistan from Germany back and former captain of the national team Mohammad Saber Rohparwar.

"I hope that this match will bring joy and hope for both teams. Hopefully the citizens of both countries to build mutual trust. I saw Afghanistan how they play already and I am happy because they are motivated, strong and professional," said Saber.

Afghanistan and Pakistan have had a lot of mutual duels before the 1979th year and the Soviet invasion, and then not meet in Kabul for a full 36 years. Tomorrow will finally play again against each other.

"The fact that we play in our country after ten years and that we will play against Pakistan for the first time from 1977th in Kabul is a great thing for our country. This shows that things are slowly returning to normal. Obviously we were hoping sold out the stadium," said the Secretary General of the Afghan football Association, Sayed Aghazada.

Just two days after this match will begin the second season of the Premier League in Afghanistan where they will fight for the title of eight teams.
at 5:09 AM
Email ThisBlogThis!Share to TwitterShare to FacebookShare to Pinterest
Labels: News