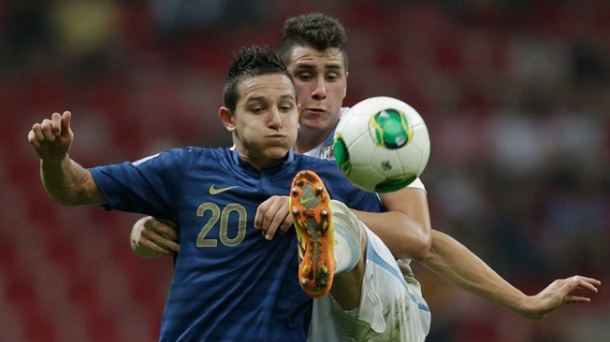 France's players are champions of the world for players up to 20 years. They beat Uruguay


France and Uruguay admeasured forces in the World Cup final for players up to 20 years. At the stadium Galatasaray in Istanbul there were not goals in the regular 90 minutes.

Just a few chances, but the goalies were the real issue. Neither the additional half-hour of play nets are not shaking, so the champion decided by penalties.

French are first shot, Pogba was sure for 1:0. Velazquez is the first shot for Uruguayans, was shot in the middle of the goal, Areola defended. Veretout calmly scored for 2-0 in favor of young tricolor.

De Arrascaeta was shot,, but Areola, goalie PSG, great saves and brings the French to step out of gold. N'Gando struck for 3-0, Uruguayan goalkeeper is nothing defended although all three shots go into his right side. Olaz finally flew past the French goalkeeper. Foulquier decided the winner - scored for 4-1 and a large celebration of the French.
at 2:34 PM
Email ThisBlogThis!Share to TwitterShare to FacebookShare to Pinterest
Labels: WC U20