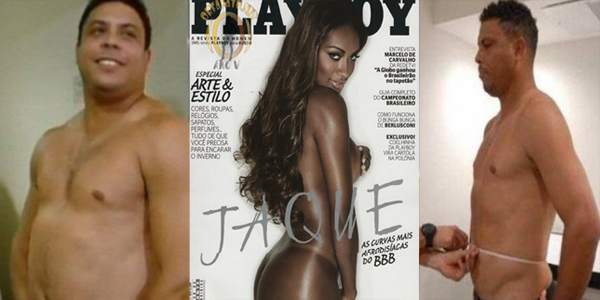 
This would be the first job of the popular Brazilian after his extremely rich football career that ended 2011th year.

Playboy in Brazil sold over 250,000 copies per issue, which is third largest market in the world for a popular magazine.

Extra publishing house, behind the Brazilian edition of Playboy, believes that joining Ronaldo owned magazine, increase interest in sportswoman of appearing in it, as well as better sales in the largest South American country.

at 6:37 AM
Email ThisBlogThis!Share to TwitterShare to FacebookShare to Pinterest
Labels: Interesting, Scandals