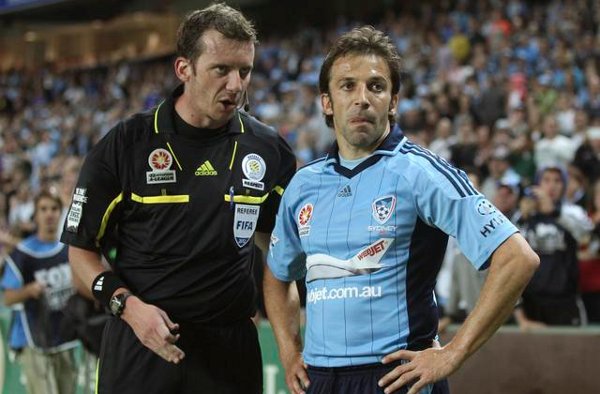 Sydney Football Club, which he is a member Alessandra Del Piero, three seasons will spend in Italy in the preseason


Sydney will be stationed at the training center of Jesolo near Venice.

Most Italian clubs during the summer decided to stay in the mountains because of the high temperatures, but it will Australians feel at home on the beaches of Italy.

Fans will have to pay a small amount of money to watch the training sessions and friendly matches of this club, and part of the money collected will go to charity.

Needless to say that because of this move Del Pierro became a local hero, and local authorities are considering him the award of the street.

at 4:18 AM
Email ThisBlogThis!Share to TwitterShare to FacebookShare to Pinterest
Labels: A-League, Australia, Sydney FC